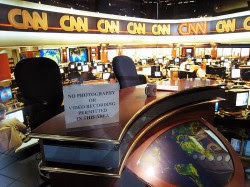 As the mainstream media continues to be obsessed with Anthony Weiner and his bizarre adventures on Twitter, much more serious events are happening around the world that are getting very little attention. In America today, if the mainstream media does not cover something it is almost as if it never happened. Right now, the worst nuclear disaster in human history continues to unfold in Japan , U.S. nuclear facilities are being threatened by flood waters, the U.S. military is bombing Yemen, gigantic cracks in the earth are appearing all over the globe and the largest wildfire in Arizona history is causing immense devastation. But Anthony Weiner, Bristol Palin and Miss USA are what the mainstream media want to tell us about and most Americans are buying it.

In times like these, it is more important than ever to think for ourselves.  The corporate-owned mainstream media is not interested in looking out for us.  Rather, they are going to tell us whatever fits with the agenda that their owners are pushing.

That is why more Americans than ever are turning to the alternative media.  Americans are hungry for the truth, and they know that the amount of truth that they get from the mainstream media continues to decline.
The following are 12 things that the mainstream media is being strangely quiet about right now….
#1 The crisis at the Fort Calhoun nuclear facility in Nebraska has received almost no attention in the national mainstream media.
Back on June 7th, there was a fire at Fort Calhoun.  The official story is that the fire was in an electrical switchgear room at the plant.  The facility lost power to a pump that cools the spent fuel pool for approximately 90 minutes.  According to the Omaha Public Power District, the fire was quickly extinguished and no radioactive material was released.
The following sequence of events is directly from the Omaha Public Power District website….
But the crisis at Fort Calhoun is not over.  Right now, the nuclear facility at Fort Calhoun is essentially an island. It is surrounded by rising flood waters from the Missouri River.
Officials claim that there is no danger and that they are prepared for the river to rise another ten feet.
The Cooper Nuclear Station in Brownville, Nebraska is also being threatened by rising flood waters.  A “Notification of Unusual Event” was declared at Cooper Nuclear Station this morning at 4:02.  This notification was issued because the Missouri River’s water level reached 42.5 feet.
Right now the facility is operating normally and officials don’t expect a crisis.
But considering what has been going on at Fukushima, it would be nice if we could have gotten a lot more coverage of these events by the mainstream media.
#2 Most Americans are aware that the U.S. is involved in wars in Iraq, Afghanistan and Libya.  However, the truth is that the U.S. military is also regularly bombing Yemen and parts of Pakistan.  If you count the countries where the U.S. has special forces and/or covert operatives on the ground, the U.S. is probably “active” in more countries in the Middle East than it is not.  Now there are even persistent rumors that U.S. ground units are being prepared to go into Libya.  Are we watching the early stages of World War 3 unfold before our eyes in slow motion?
#3 The crisis at Fukushima continues to get worse.  Arnold Gundersen, a former nuclear industry senior vice president, recently made the following statement about the Fukushima disaster….

“Fukushima is the biggest industrial catastrophe in the history of mankind”

TEPCO has finally admitted that this disaster has released more radioactive material into the environment than Chernobyl did.  That makes Fukushima the worst nuclear disaster of all time, and it is far from over.
Massive amounts of water is being poured into the spent fuel pools in order to keep them cool.  This is creating “hundreds of thousands of tons of highly radioactive sea water” that has got to go somewhere.  Inevitably much of it will get into the ground and into the sea.
Arnold Gundersen says that the scope of this problem is almost unimaginable….

“TEPCO announced they had a melt through. A melt down is when the fuel collapses to the bottom of the reactor, and a melt through means it has melted through some layers. That blob is incredibly radioactive, and now you have water on top of it. The water picks up enormous amounts of radiation, so you add more water and you are generating hundreds of thousands of tons of highly radioactive water.”

The mainstream media is not paying as much attention to Fukushima these days, but that doesn’t mean that it is not a major league nightmare.
Elevated levels of radiation are being reported by Japanese bloggers all over eastern Japan.  There are reports of sick children all over the region.  One adviser to the government of Japan says that an area approximately 17 times the size of Manhattan is probably going to be uninhabitable.
Of course the mainstream media has been telling us all along that Fukushima is nothing to be too concerned about and that authorities in Japan have everything under control.
If the mainstream media is not going to tell us the truth, how are they going to continue to have credibility?
#4 Members of Congress continue to mention Christians as a threat to national security.  For example, during a recent Congressional hearing U.S. Representative Sheila Jackson Lee warned that “Christian militants” might try to “bring down the country” and that such groups need to be investigated.

#5 China’s eastern province of Zhejiang has experienced that worst flooding that it has seen in 55 years.  2 million people have already been forced to leave their homes.  China has already been having huge problems with their crops over the past few years and this is only going to make things worse.

#6 Thanks to the Dodd-Frank Act, over the counter trading of gold and silver is going to be illegal starting on July 15th. Or at least that is what some companies apparently now believe. The following is an excerpt from an email that Forex.com recently sent out to their customers….

We wanted to make you aware of some upcoming changes to FOREX.com’s product offering. As a result of the Dodd-Frank Act enacted by US Congress, a new regulation prohibiting US residents from trading over the counter precious metals, including gold and silver, will go into effect on Friday, July 15, 2011.

In conjunction with this new regulation, FOREX.com must discontinue metals trading for US residents on Friday, July 15, 2011 at the close of trading at 5pm ET. As a result, all open metals positions must be closed by July 15, 2011 at 5pm ET.

We encourage you to wind down your trading activity in these products over the next month in anticipation of the new rule, as any open XAU or XAG positions that remain open prior to July 15, 2011 at approximately 5:00 pm ET will be automatically liquidated.

We sincerely regret any inconvenience complying with the new U.S. regulation may cause you. Should you have any questions, please feel free to contact our customer service team.

Sincerely,
The Team at FOREX.com

Apparently, Section 742(a) of the Dodd-Frank Act prohibits anyone “from entering into, or offering to enter into, a transaction in any commodity with a person that is not an eligible contract participant or an eligible commercial entity, on a leveraged or margined basis.”

So what impact is this going to have on the gold and silver markets?

Nobody is quite sure yet.

#7 All over the world, huge cracks are appearing for no discernible reason. For example, a massive crack that is approximately 3 kilometers long recent appeared in southern Peru. Also, a 500 foot long crack suddenly appeared recently in the state of Michigan. When you also throw in all of the gigantic sinkholes that have been opening all over the world, it is easy to conclude that the planet is becoming very unstable.

#8 According to U.S. Forest Service officials, the largest wildfire in Arizona state history has now covered more than 500,000 acres. But based on the coverage it is being given by the mainstream media you would think that it is a non-event.

#9 There are reports that North Korea has tested a “super EMP weapon” which would be capable of taking out most of the U.S. power grid in a single shot. The North Koreans are apparently about to conduct another nuclear test and that has some Obama administration officials very concerned.

#10 All over the United States, “active shooter drills” are being conducted in our public schools. Often, most of the students are not told that these drills are fake. Instead, students often go through hours of terror as they think a hostage situation or a shooting spree is really taking place.

#11 NASA has just launched a “major” preparedness initiative for all NASA personnel. The following is an excerpt about this plan from NASA’s own website….

A major initiative has been placed on Family/Personal Preparedness for all NASA personnel. The NASA Family/Personal Preparedness Program is designed to provide awareness, resources, and tools to the NASA Family (civil servants and contractors) to prepare for an emergency situation. The most important assets in the successful completion of NASA’s mission are our employees’ and their families. We are taking the steps to prepare our workforce, but it is your personal obligation to prepare yourself and your families for emergencies.

#12 Over the past week over 40 temporary “no fly zones” have been declared by the FAA. This is very highly unusual. Nobody seems to know exactly why this is happening.

So what do all of these things mean?

It would be nice if the mainstream media would examine some of these important issues more closely and do some honest reporting on them.

Perhaps you have an opinion on some of these issues. Feel free to share what you think by leaving a comment below….